The Automobile Council auto show in Japan in early August saw a surprise premiere of Mazda’s petrol-hybrid version of its soon to be released MX-30 pure electric SUV.

Sporting the same 2.0 litre, 4-cylinder petrol “e-Skyactiv G” mild hybrid system as the Mazda3, the all-wheel-drive MX-30 will be available to order towards the end of 2020, with deliveries taking place at the beginning of 2021.

Veering from their famous Kodo design (which won the Mazda3 the 2020 World Car Design of the Year), the MX-30 includes provocative styling and suicide doors which are bound to pique the interests of enthusiasts and fence-sitters alike.

At the event, Ikuo Maeda, Mazda’s head of design, said “We are ecstatic to finally be able to reveal the hybrid MX-30 in amongst our collection of historical cars celebrating the firm’s centenary.” Mazda had the largest stand at the show, from where is showcased its Green Panel tricycle from 1936, the tiny R360 two-door passenger car from 1960, the 1963 Familia 800 Van, the Luce 1500, the MX-5, and the rotary-powered 1967 Cosmo Sport, RX-7 and RX-5.

When you think ‘carbon’, do you automatically think ‘bad’? Well, think again! Mazda does carbon the right way. They have announced that for the 2021 model year, the Mazda CX-5, CX-9, and the Mazda6 are all getting their own Carbon Editions added to the range.

All three special edition exteriors will feature Polymetal Gray paint, black-finished alloy wheels and gloss-black mirrors. The interiors leave little to be desired with black honeycomb trim and red leather upholstery, heated seats and Bose premium audio. There is no skimping on the technology front either, as the Carbon Editions include the bulk of the i-Activsense suite such as adaptive cruise control, blind-spot warning, automatic emergency braking and forward-collision warning.

While it isn’t clear how the Carbon Editions will integrate with the various trim levels of the different models, they are likely to be mid-level to top-of-the-line options. Pricing and specific features are yet undetermined but will, according to Mazda, be released with each nameplate’s 2021 announcement.

A new sexy crossover for Mazda?

And could it be replacing the CX-5?

The current Mazda CX-5 has been available since 2017, and Mazda is now hard at work planning their best-selling crossover’s replacement. Mazda has reportedly filed a trademark for ‘CX-50’ with the European Parent Office, and speculation is rife that it will be the new name for the third generation Mazda CX-5, particularly considering the recent launch of the CX-30. Trademarks have also been filed for CX-10 through CX-90, which could be in a bid to prevent other manufacturers using the names.

It has also been rumoured that Mazda is creating a new rear-wheel-drive platform with an inline-six engine which will underpin the new Mazda6 and the CX-50, along with a range of new SkyActiv engines.

A 3.0-litre inline-six SkyActiv-X with a 48-volt mild-hybrid system and a 3.3-litre in-line six Sky-Activ-D engine is said to be topping the new Mazda CX-50 range. Below them will be the 2.5-litre four-cylinder Skyactiv-G with a 48-volt mild-hybrid producing 187 hp, a 2.5-litre four-cylinder turbocharged SkyActiv-G engine with a maximum output of 226 hp, and a 2.2-litre in-line SkyActiv-D diesel.

It is believed that the CX-50 will adopt a sophisticated coupe-style design with new LED headlights, a lower roofline, and a sleek front fascia in line with the brand’s Kodo design language. 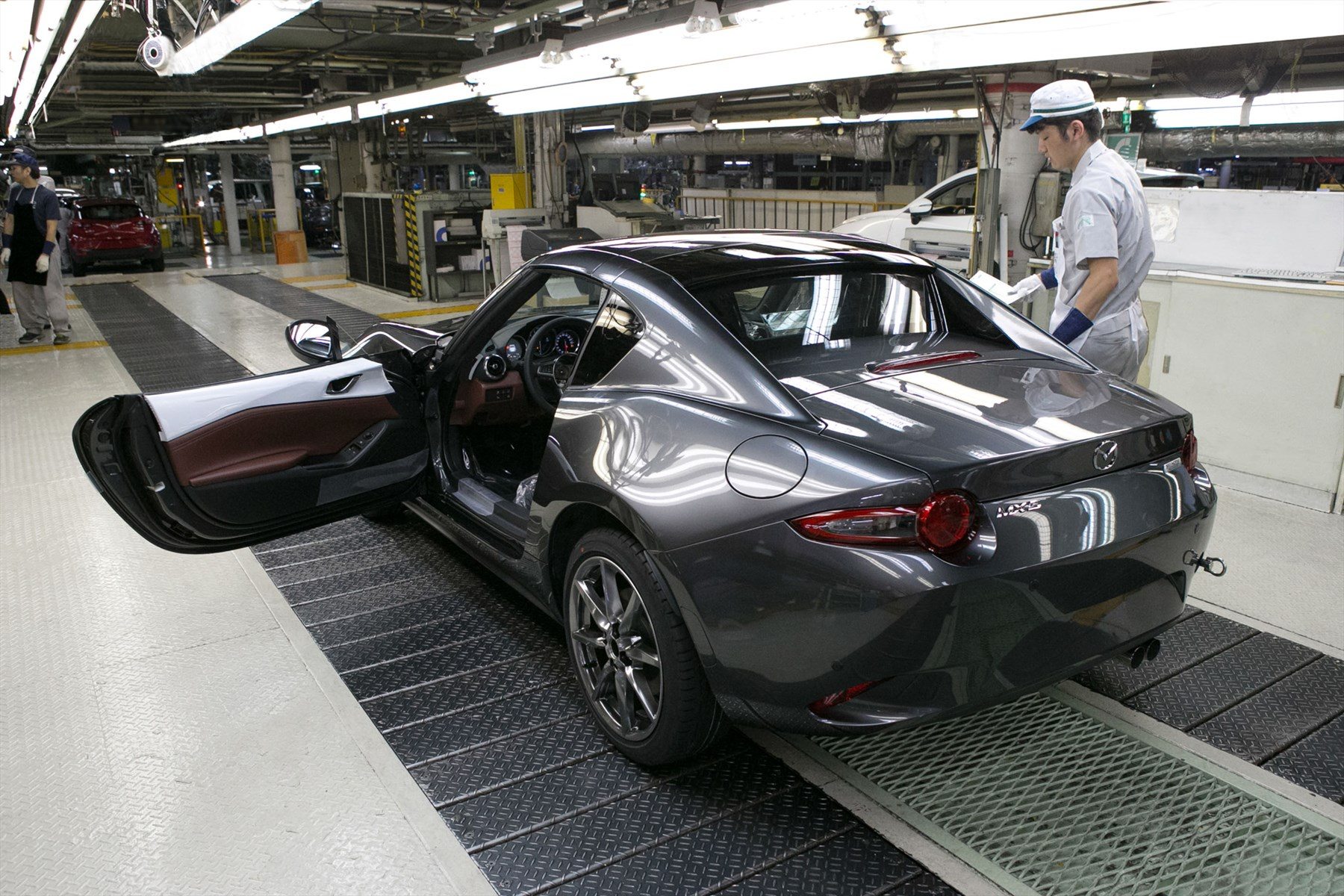 The story behind the Veilside RX-7 in “The Fast and the Furious: Tokyo Drift”